Women who are redefining design in the UAE 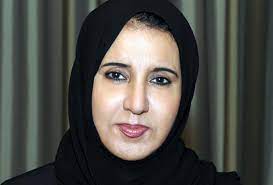 Women are an important part of every society. No community can hope to truly succeed without empowering them to take part in that success. The UAE knows this and it has been empowering its women to be proactive in different sectors of economic development.

It is fast realizing its vision of being a community with a strong contribution from both men and women to the economy.

The government established programs that have been successful in helping women succeed in their careers and help to build the nation. One of the programs has allowed women leaders to display their ability to apply disruptive innovation and creative thinking to the society at large.

Female leaders have been equipped with the skills and their talents nurtured to enable them to better respond to future challenges. The results to this empowerment have been astounding especially when it comes to design.

Some of the women who have done exemplary work in the field are:

Her work has been displayed in many places including the Victoria and Albert Museum. Her projects have not only worked with paint but with other objects than only creativity could allow her to use including dried grass, feathers, and fingernails. She claimed that these materials give her art pieces character as they arouse the skin when touched.

She has liaised with other designers to give back to the society by nurturing new talent.

It is difficult to think of women who are doing great design work without thinking of her. Within ten years, she has emerged as one of the best designers the region has. She started her own company in the UK after finishing school to design furniture. She introduced elegant detail and sensibility to furniture designs in a way that no one before her had. She later set up another company where all her collections are featured and expanded to doing décor for retail spaces.

She founded an initiative that has empowered many women in the weaving industry and provided employment for much more. The initiative provides for them training and education as well as health services. Their company, that deals with Carpets combines traditional techniques of crafting with contemporary ideas creating results that have gained them pre-eminence in the business. They include the use of natural dyes locally obtained which provides opportunities for other women.

She is one of the women who were celebrated by the David Gill Galleries this year. This display of her work put her along with other prominent designers such as Barnaby Barford and Fredrikson Stallard. Her coffee and dining tables have been shown in many museums worldwide. In 2013, they were nominated for the Design of the Year award which is no small feat.

Some reports have shown that compared to men, women do better at design related pursuits due to their emotional side. They may not be true but if they are, these women have shown themselves to do better than other women in the field which makes them deserve our recognition.